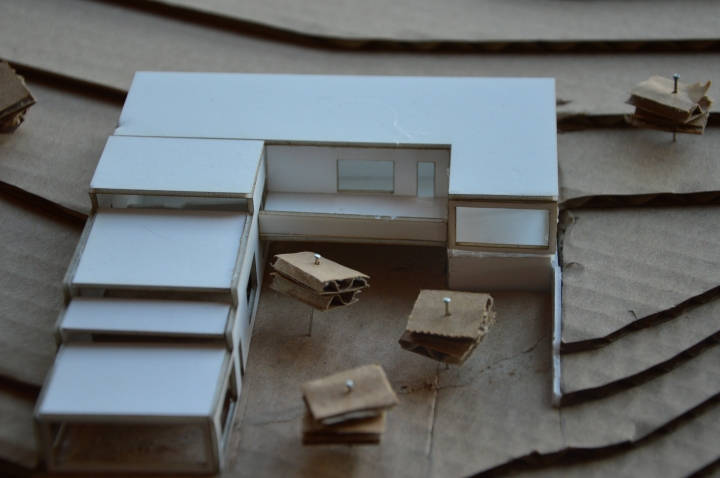 Here is the Infographic Analysis of Scenarios. (will be updated)

In assignment 2.1 “The Scenario”, we are expected to explain all aspects of our projects. In my project, here is the general outline for the Thingy and the House.

Who : Actually, my scenario composed of two constant subjects, the “fine arts teacher” and her son, a summer house for them. But her son may have some guests weekly.

How : Thingy composed of a playground basis at simple, to enjoy, to rest after playing.. These places are available, also storing other objects are the other done of the Thingy.

This both indoor and outdoor experience in same place is a result of the requirement of scenario. For a kid, playing is the most important activity in the world. One of the parents’ missions is providing the adequate environment for the kid and taking care of his wealth while playing. So Thingy’s results answers this with a mezzanine that is located in a position which can easily overwatch the Thingy. So with that, mezzanine was created by the needs and the lackings of Thingy. Also with this mezzanine, in the outdoor part of it, fine arts teacher has the opportunity to drawing sketches and paintings while observing the beautiful view over the House. So, the Thingy designed as a combination of voids which has the basis on “pillow fort” idea and the Gestalt principles.

The first sense of shelter, the shelter which created by the children with the equipments that are found in every house. Both Indoor and Outdoor Thingy gives this continuation idea that surrounds even with the ruptures itself. In Outdoor Thingy, the needs of connecting with the nature is provided by the controlled gaps that is opened in the “basic geometry” of Indoor Thingy. So with same elements of design, the combination of those supports the sense of Indoor and Outdoor. In different scales of its usage creates a difference between the perception of the blocks so that, in outside, a dynamic Thingy waits the user to be used as outside playground. 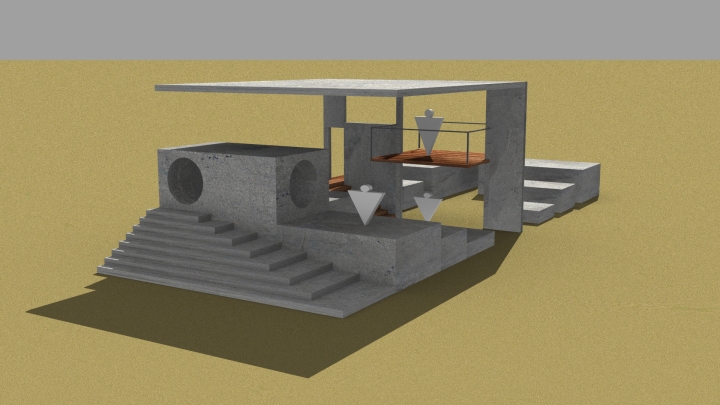 In indoor conditions of the Thingy, the combination of the blocks that is available in Outside Thingy provided with “no gaps” between them so this idea gives a chance to main constant user who is a 120-centimeters-high child, playing with the height differences in Indoor conditions. In Indoor Thingy, different type of geometry used both the sake of seperating objects by the means of their category and the main concern about giving kid the sense of geometry. Indoor Thingy has a rest place which can be called as “top” of the playground which the user/s can have a rest after tired down while playing.

This tube-shaped geometry allows multiple variable subjects inside it not only a rest place but also can be used as a playground with its geometry. With these, a controlled freedom of choice that is given to the user in the “rest place”.

Here comes the 4th semester of mine, with ARCH202 -Architectural Design II- course, our aim is designing a small-scaled building in the end of the term. In project, this process of making a small-scaled building is “rewinded”. So we started with the easly part which generally is the last part of the projects, this part became our first step. So we are asked to make a “thingy” which is a unique, hard to classify object in the house and without and care of function.

So here is my project (PHOTOS WILL BE UPLOADED 19th FEB.)

And here is my inspiration and research source in this project ; from “Zaha Hadid, fluidity & design”

What did mimaring inspired from here is that, the continuity of the objects that while combining different “things”. This is the main idea of “The Thingy” in my opinion, because we were asked to do kind of a combination that is able to use in a house. The continuity obtained in here by “physical continuity” which is a quiet fine way to combine objects each other.