Firstly, we were expected to go and talk with an artizan for observation process of a product. My choice was tailor. With the help of the informations which I gather from the Tailor Kadir, I created a flowchart. That flowchart was a dynamo til some actions. Then, with the help of the flowchart, we were able to create our first model, the “linear model”(former name, structural frame). My linear model consisted of basic actions such as = Rotation, Adding, Branching.

After that, we were asked to do a “planar model”(Variation I). I produced a planar model only with the planar elements. So it means, planes consisted of lines. And we could improve our flowchart and I was expected to test and consciously operate by taking the new potantiels of my operations. Did I take into consideration these new potantiels ? Not much in Variation One.

After the planar model, we were asked to create the “merged model” (Variation II). Adding, rotating and branching were still valid, but a new operation now entered the building, streching. We could also eliminate certain elements that were present in either model. 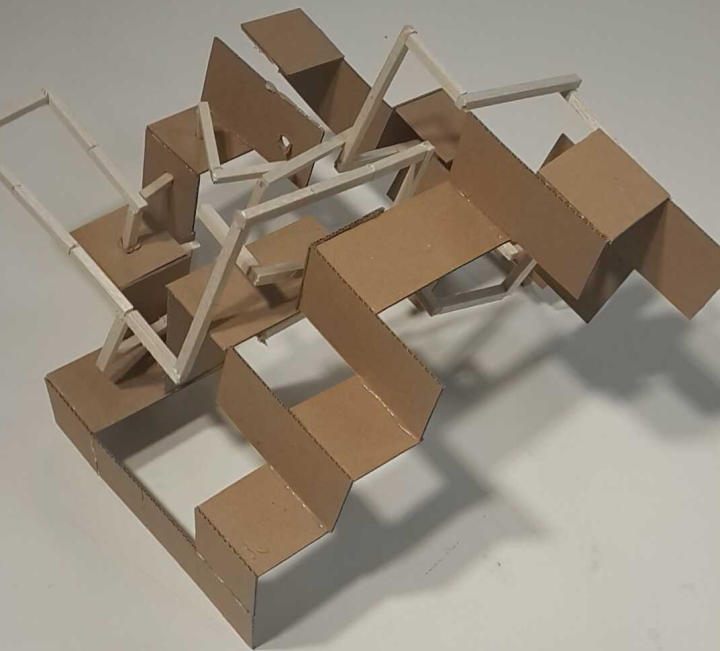 Then we were wanted to create Variation III, by using transparent acetate also. With the new variation, we have extrusion, change transparency, duplicate etc. I have a theme “poriforus centralisation”. And with the theme, we were asked to create volumes, define volumes with the theme and the actions.

Discovering the process of production. (Click on the image to see bigger photograph)